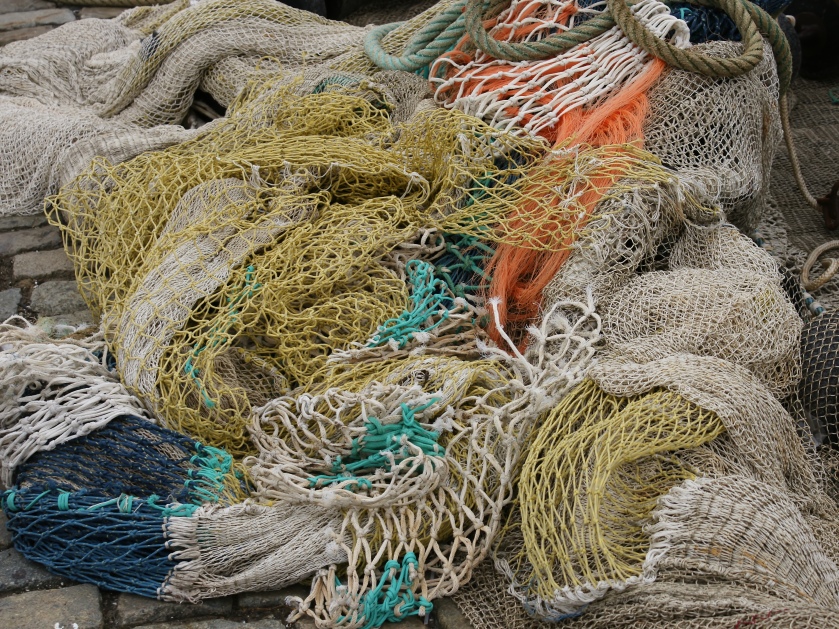 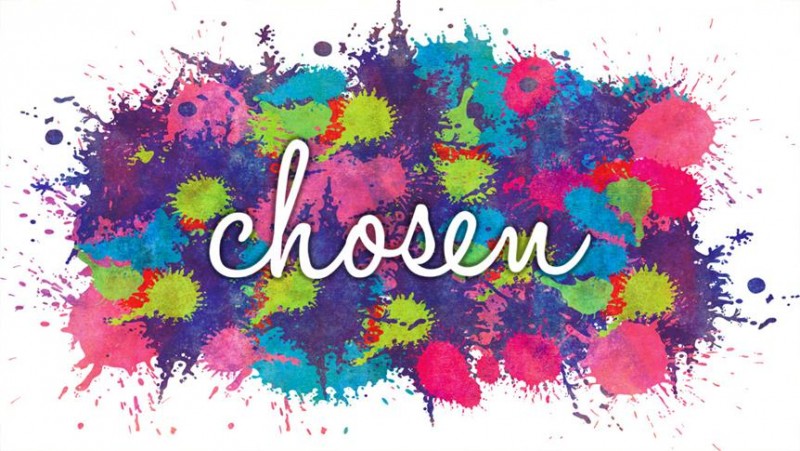 So we’re starting this Chosen series. We’re going to delve deeper into this idea that we were Chosen for a purpose and that purpose was God’s.
July 6th – God chooses us just as we are.
July 13th – We are chosen for something.
July 20th – We choose to follow Jesus.
July 27th – We choose to step out. We are a movement not a moment.
August 3rd – We (the church) are chosen for the world to ROCK it.
August 10th – Chosen to share the Good News.
August 17th – Chosen to be restored and to have our heart’s desires.

So it’s all going to be about God’s using us. God calling each and every one of us. God’s drawing the world to God’s self through us, if we only are ready to be used by God. If we’re ready to be real. If we’re ready to show the world our frailties and our failures and the ways our Savior is making all things new through God’s mercy. It’s time to get real and authentic.

Matthew 4:18-22
As he walked by the Sea of Galilee, he saw two brothers, Simon, who is called Peter, and Andrew his brother, casting a net into the lake—for they were fishermen. And he said to them, ‘Follow me, and I will make you fish for people.’ Immediately they left their nets and followed him. As he went from there, he saw two other brothers, James son of Zebedee and his brother John, in the boat with their father Zebedee, mending their nets, and he called them. Immediately they left the boat and their father, and followed him.

Our second scripture this morning is

John 15:16-18
You did not choose me but I chose you. And I appointed you to go and bear fruit, fruit that will last, so that the Father will give you whatever you ask him in my name. I am giving you these commands so that you may love one another. “If the world hates you, be aware that it hated me before it hated you.”

Have you ever heard of “call stories?” Well, the first scripture is one of the most famous call stories because Jesus took regular Joe Blow fishermen and called them to fish for people.

My brothers and I grew up as United Methodist preacher’s kids. How many of you were born in 1992? So most of you don’t remember the Steven Curtis Chapman song “For the sake of the Call?” My mom would play it any time we were about to move so we knew anytime that song was playing, change was acoming! That and Michael W. Smith’s song, “Friends are Friends Forever.” 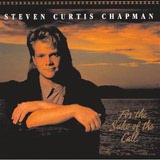 He’s got an excellent mullet on the CD cover. We didn’t know what a “mullet” was because many people had them.

Nobody stood and applauded them
So they knew from the start
This road would not lead to fame
All they really knew for sure
Was Jesus had called to them
He said “come follow Me” and they came
With reckless abandon, they came

Drawn like the rivers are drawn to the sea
There’s no turning back, for the water cannot help but flow
Once we hear the Savior’s call, we’ll follow wherever He leads
Because of the love He has shown
And because He has called us to go
We will answer…

If you obey Jesus when he calls, life is going to be a great adventure. We recently had a movie marathon at Gator Wesley because it’s been super rainy in Gainesville. Not just any movie marathon, an Indiana Jones marathon. I had bought them to watch with my children Enoch who is 7 and Evy who is 5. Don’t worry I fast-forwarded the face melting scary parts. But I think of the disciples much like Indiana Jones or Bear Grylls, rugged, with an adventurous, live on the edge spirit. Discipleship is not for the faint of heart but mercies are new every morning and God remains faithful and like Indiana Jones you will finish the Quest by the skin of your teeth or the grace of God.

Did the two fishermen that Jesus called take their fishing nets with them? Nope! They didn’t know where the journey would take them. They couldn’t carry luggage loaded onto a baggage cart. They didn’t even have one of those super cool backpacks. We each have figurative baggage. Most of us carry “stuff” and sometimes it’s like a security blanket. That we hold onto. We carry it with us wherever we go and sometimes we’re afraid to lay it down because we’ve become so comfortable with our “stuff” sometimes it’s familiar and comfortable. Some of us like the prodigal have gotten so used to the pigs and the mud that we are stuck there. Jesus is asking you go on a great adventure and you have to lay down your baggage. Guilt. Shame. Pride. Doubt. Fear. Self-Loathing. Parent’s expectations. The pressure we put on ourselves. Feeling like you’ll never measure up to this person or that person. Lay it all down. Take it off your shoulders. Stop rolling that luggage around.

My son Enoch was in kindergarten last year at Littlewood Elementary and he got a color for every day for his behavior. The colors were blue for an exceptional day, green for a good day, yellow for a one warning day, orange for a two warning day, and red if he had to go to the principal’s office. He would stress out and worry over his color every day knowing that we expected mostly green days, but Enoch is a rambunctious child to say the least, so we were secretly happy with yellow days, and I explained to him, that every day, is a brandnew day with. I would often quote the line in Anne of Green Gables, “Isn’t it nice to think that tomorrow is a new day with no mistakes in it yet?” So let it go. Let the idea of perfection go. I saw a bumper sticker a long time ago that said, “Christians aren’t perfect, just forgiven.” Let all of the expectations that the world has placed on you and the outside stressors go. I’m sure half of you are singing the Frozen song inside your head now, but I’ll say it again, “Let it go” or lay it down.

Our second scripture says we did not choose God, but God chose us that we may bear fruit in the world. God says it won’t be easy, the world will hate us, just like it did him. You see the enemy that wants to only steal, kill, and destroy, doesn’t like when we hear the Shepherd’s voice, when we listen to the voice of truth, our Savior’s voice. That voice that tells us we’re somebody.

In “Manifesting the Glory of God” Marianne Williamson tells us this way, “Our deepest fear is not that we are inadequate. Our deepest fear is that we are powerful beyond measure. It is our light, not our darkness that most frightens us. We ask ourselves, Who am I to be brilliant, gorgeous, talented, fabulous? Actually, who are you not to be. You are a child of God. Your playing small does not serve the world. There is nothing enlightened about shrinking so that other people won’t feel insecure around you. We are all meant to shine, as children do. We were born to make manifest the glory of God that is within us. It is not just in some of us; it is in everyone. And as we let our own light shine, we unconsciously give other people permission to do the same. As we are liberated from our own fear, our presence automatically liberates others.”

Let your light shine that the world may see and know.

This is a famous story, some say Fred Craddock preached it, “A seminary professor was vacationing with his wife in Gatlinburg, Tennessee. One morning they were eating breakfast in a little restaurant, hoping to enjoy a quiet, family meal. While waiting for their food, they noticed a distinguished looking, white-haired man moving from table to table, visiting with the guests. The professor leaned over and whispered to his wife, “I hope he doesn’t come over here.”

But sure enough, the man came over to their table. “Where are you folks from?” he asked in a friendly voice. “Oklahoma,” they answered. “Great to have you here in Tennessee,” the stranger said. “What do you do for a living?” “I teach at a seminary,” he replied. “Oh, so you teach preachers how to preach, do you? Well, I’ve got a really good story for you.” And with that, the gentleman pulled up a chair and sat down. The professor groaned and thought to himself, “Great. Just what I need — another preacher story!”

The man started, “See that mountain over there?” He pointed out the restaurant window. “Not far from the base of that mountain, there was a boy born to an unwed mother. He had a hard time growing up because every place he went, he was always asked the same question: “Who’s your father?’ The whole town looked for a family resemblance, whether he was at school, in the grocery store or the drug store, people would ask the same question: “Who do you belong to?” He would hide at recess and lunch time from other students. He would avoid going into stores because that question hurt him. When he was about 12 years old, a new preacher came to his church. He would always go in late and slip out early to avoid hearing the question. But one day, the new preacher said the benediction so fast, he got caught and had to walk out with the crowd. Just about the time he got to the back door, the new preacher, not knowing anything about him, put his hand on his shoulder and asked him, ‘Son, who’s your dad?’ The whole church got deathly quiet. He could feel every eye in the church looking at him. Now everyone would finally know the answer to the question of who his father was. The new preacher, though, sensed the situation around him and using discernment that only the Holy Spirit could give, said the following to the scared and nervous boy: ‘Wait a minute! I know who you are. I see the family resemblance now. You are a child of God.’ With that, he patted the boy on his shoulder and said, ‘Boy, you’ve got a great inheritance — go and claim it.’ With that, the boy smiled for the first time in a long time and walked out the door a changed person. He was never the same again. Whenever anybody asked him who his father was, he’d just tell them, ‘I’m a child of God.’

The distinguished gentleman got up from the table and said, “Isn’t that a great story?” The professor responded that it really was a great story. As the man turned to leave, he said, “You know, if that new preacher hadn’t told me that I was one of God’s children, I probably would never have amounted to anything!” And he walked away.

The seminary professor and his wife were stunned. He called the waitress over and asked, “Do you know that man who was just sitting at our table?” The waitress grinned and said, “Of course. Everybody here knows him. That’s Ben Hooper. He’s the former governor of Tennessee!”

It’s a true story. We actually visited the location in 2011 on our way back from a United Methodist Campus Ministry Association conference in Nashville. Lo and behold, right across from the Cracker Barrel in Tennessee was a marker to Ben Hooper.

God chooses us. God reaches for us. God actively pursues us. All we have to do is lay down our baggage and trust in God’s abundant grace.

God wants to be our lighthouse. To guide and lead us as we serve the world. 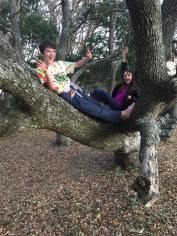 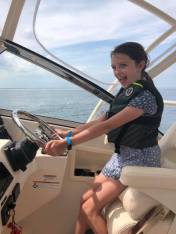 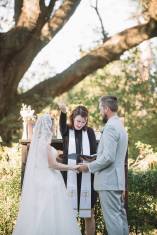 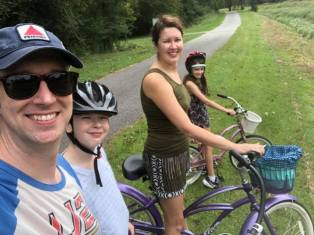 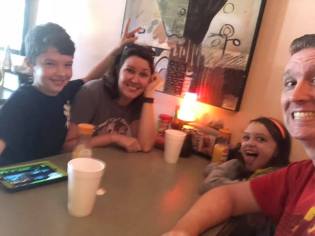 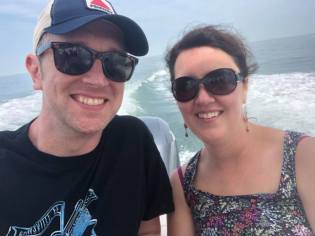 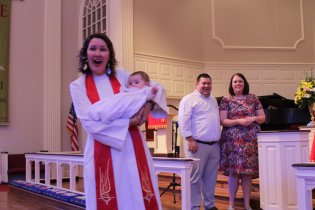 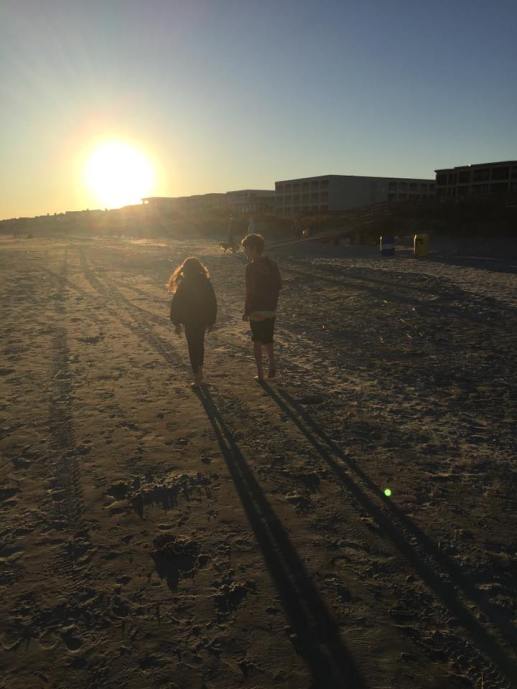 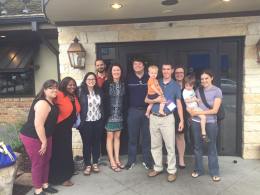 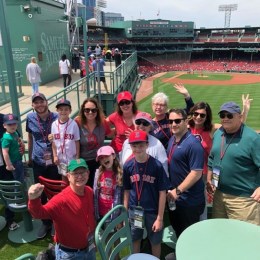 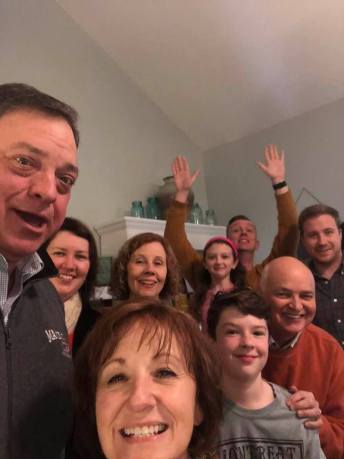 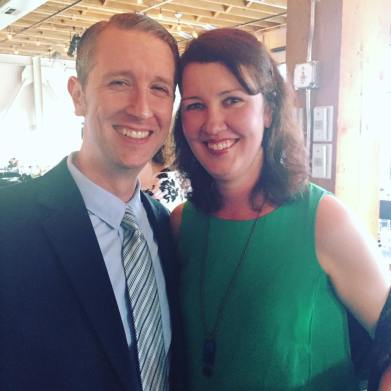 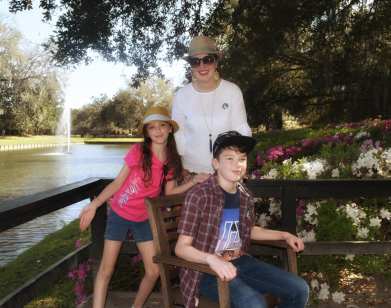 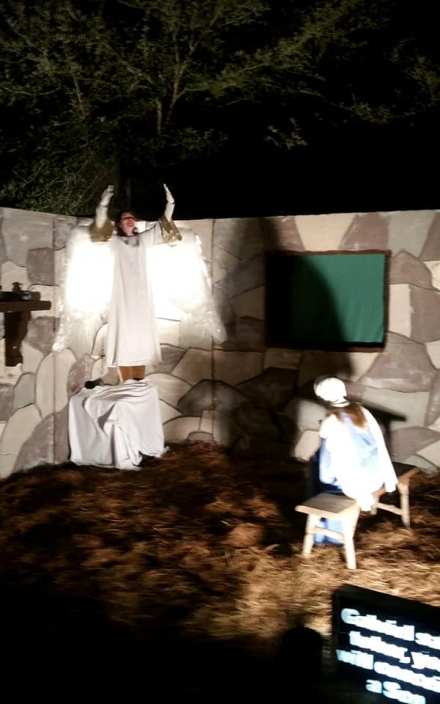 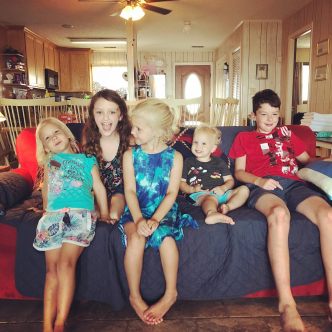 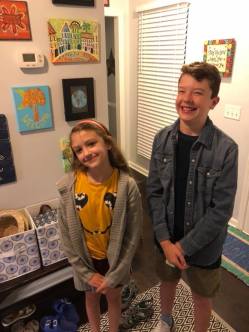 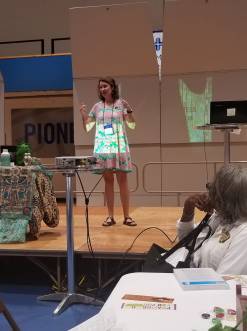 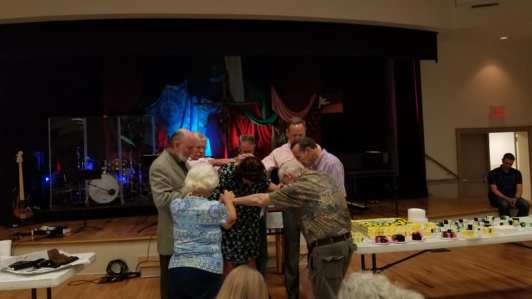 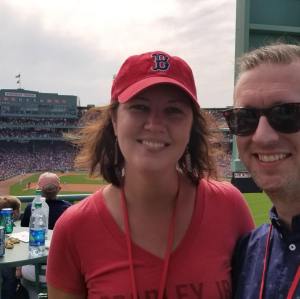