Isaiah 41:10
New Revised Standard Version (NRSV)
10 do not fear, for I am with you,
do not be afraid, for I am your God;
I will strengthen you, I will help you,
I will uphold you with my victorious right hand.

John 3:16-21
New Revised Standard Version (NRSV)
16 “For God so loved the world that he gave his only Son, so that everyone who believes in him may not perish but may have eternal life.
17 “Indeed, God did not send the Son into the world to condemn the world, but in order that the world might be saved through him. 18 Those who believe in him are not condemned; but those who do not believe are condemned already, because they have not believed in the name of the only Son of God. 19 And this is the judgment, that the light has come into the world, and people loved darkness rather than light because their deeds were evil. 20 For all who do evil hate the light and do not come to the light, so that their deeds may not be exposed. 21 But those who do what is true come to the light, so that it may be clearly seen that their deeds have been done in God.”

What are your greatest fears? Do you fear that you will never figure out what you’re “supposed” to do? What God has specifically called you to do? Do you fear getting older? Do you fear being dependent on others? Do you compare yourselves to others, fearing that God forgot you when God was giving out all the gifts, graces or abilities?

Kimberly Burge writes in an article “Crooked Little Faith” in Sojourners, “Anne Lamott is a 44-year-old white woman with dreadlocks who worries about her thighs. And she talks about loving Jesus as freely and fiercely as my 6-year-old self did. I may be giving myself such airs, but I think that I’m supposed to spread the Word of the Gospel, she says. I think that my work as a writer is of no cosmic importance except that I can spread the Word of God’s love and salvation. Anne Lamott is just brave, or foolhardy, enough to call herself a Christian evangelist. I can almost imagine her sitting down in the wilderness with John the Baptist to munch on some locusts and wild honey. But somewhere during the meal, she would probably begin to worry about how many calories are actually in a locust. Because she’s imperfect enough to think about such things — and honest enough to share her fears with the world, however mundane or absurd.”

God calls each of us to answer our greatest fears with, “I am fearfully and wonderfully made” and I’m not afraid to be honest about my doubts and struggles because it brings them to the light. Anything’s better having been in the light. Things don’t seem to have the same power once brought into the light of Christ. Or the lens of Christ.

I like this quote by William Sloane Coffin in The Courage to Love, “Fear distorts truth, not by exaggerating the ills of the world . . . but by underestimating our ability to deal with them . . . while love seeks truth, fear seeks safety.” Fear distorts the truth. That reminds me of the song by Casting Crowns, The Voice of Truth. I know it’s incredibly old, yeah, yeah, yeah, it’s super old, but the words still resonate with me. “But the voice of truth tells me a different story, The voice of truth says, “Do not be afraid!”, The voice of truth says, “This is for My glory”, Out of all the voices calling out to me, I will choose to listen and believe the voice of truth.” If we turn our fears into prayers, asking God to reveal where the seed of fear came from and asking God to heal us and answer our greatest fears then the word of God says, God will be faithful and true, scattering our sins from the east to the west and the darkness will flee from its light.

We just finished reading book 1 of the Harry Potter series to Enoch and Evy. Enoch has seen the first 3 movies, though he tricked Uncle Aaron into showing him the third, saying he had seen it before. Rookie mistake. So he saw the dementors, these wraith-like creatures that have some resemblance to the grim reaper without the hook, as they are portrayed in the third film, The Prisoner of Azkaban. Professor Lupin taught Harry to combat the dementors with a patronus spell. The dementors make you cold and they strip away all of your happiness, but even the dementors flee the light. Enoch has a wand with a light on the end that he got for Christmas, and I told him that if he has bad dreams to picture himself holding up that wand as Harry did at the dementors and crying out, “I believe in Jesus and Jesus protects me.” He doesn’t need a complicated prayer, just one, he’ll remember. Oh to have faith like a 6 year old. But what have we to fear? As Romans 8 says, “38 For I am convinced that neither death, nor life, nor angels, nor rulers, nor things present, nor things to come, nor powers, 39 nor height, nor depth, nor anything else in all creation, will be able to separate us from the love of God in Christ Jesus our Lord.” Nothing can separate us from the love of God. As Archbishop Desmond Tutu writes, “Good is stronger than evil; love is stronger than hate; light is stronger than darkness; life is stronger than death. Victory is ours, through Him who loves us.”

Your fears are your fears. There’s nothing inherently wrong or right about them as long as you’re voicing them and as long as you’re giving them over to God. Marianne Williamson writes, “Our deepest fear is not that we are inadequate. Our deepest fear is that we are powerful beyond measure. It is our light, not our darkness, that most frightens us. We ask ourselves, who am I to be brilliant, gorgeous, talented and fabulous? Actually, who are we not to be? You are a child of God. Your playing small doesn’t serve the world. There’s nothing enlightened about shrinking so that other people won’t feel insecure around you. We were born to make manifest the glory of God that is within us. It is not just in some of us; it is in everyone. And as we let our light shine, we unconsciously give other people permission to do the same. As we are liberated from our fear, our presence automatically liberates others.” As we are liberated from our fear, our presence automatically liberates others. I dream of a day society is liberated from our collective fears. Wouldn’t that be great?

Though fear is a natural part of life, even healthy sometimes, like when we face deadlines. Does anyone here NOT procrastinate? But I want y’all to remember these two scriptures, the first is 2 Timothy 1:7, “7 for God did not give us a spirit of cowardice (fear), but rather a spirit of power and of love and of self-discipline” and the second is from John 16:33, “33 I have said this to you, so that in me you may have peace. In the world you face persecution. But take courage; I have conquered the world!” Jesus has overcome the world, whom or what shall we fear? Our parent’s expectations, our own expectations , that particular class that we’re struggling with us, if we will ever be happy again, how do we get out of that unhealthy relationship, how do we break the cycle of abuse, how do we get help or much less ask for it? God knows our fears. God knows our hearts. Give them to God.

So why are we doing this sermon on fear because Cameron Von St. James asked me to. I have never met Cameron, but he commented on my blog and followed up with email. He shares, “Eight years ago, my wife Heather was diagnosed with mesothelioma; a rare cancer that kills most people within 2 years of diagnosis. She had just given birth to our daughter Lily, and was only given 15 months to live. After a life-saving surgery that included the removal of her left lung, LungLeavin’ Day was born. This will be the 8th year that we celebrate! The purpose of LungLeavin’ Day is to encourage others to face their fears! Each year, we gather around a fire in our backyard with our friends and family, write our biggest fears on a plate and smash them into the fire. We celebrate for those who are no longer with us, for those who continue to fight, for those who are currently going through a tough time in their life, and most importantly, we celebrate life! We created an interactive page mesothelioma.com/heather/lungleavinday that tells the full story of our special day.”

I thought about playing the song by Eminem and featuring Rihanna, “The Monster,” because that would fit, “I’m friends with the monster, That’s under my bed, Get along with the voices inside of my head” but I decided on Francesca Battistelli’s “Free to Be Me.”

We’re not going to burn plates because I’m afraid that it would set off the sprinklers or the fire alarms. But we’ll take the piece of paper and write our fears on there. Naming them so that they no longer have power over us. Bringing them out in the light. Giving them to God. 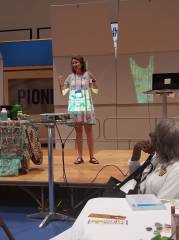 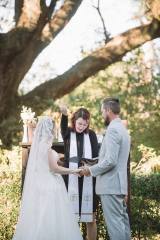 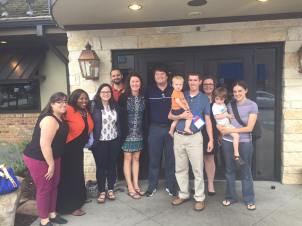 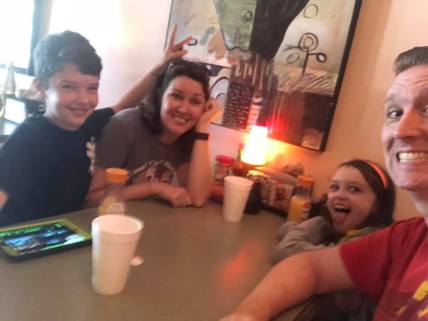 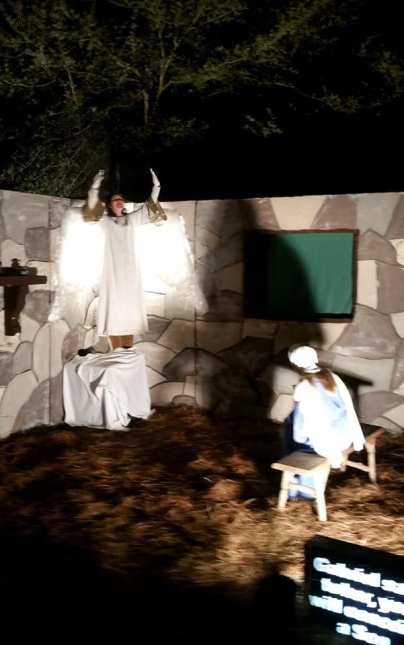 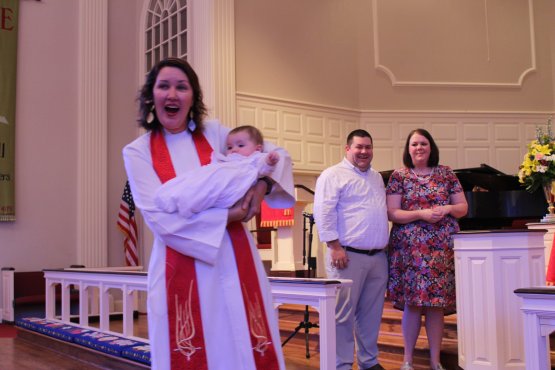 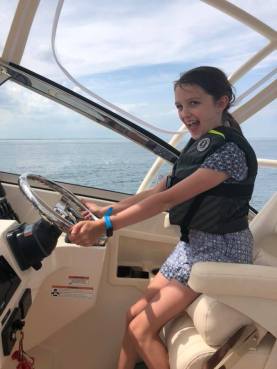 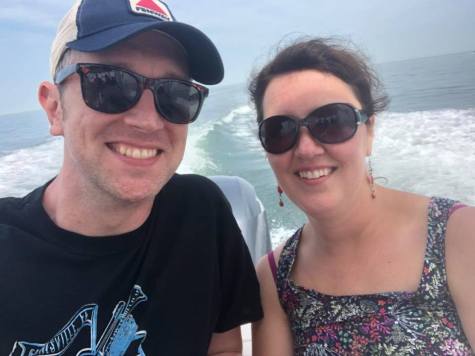 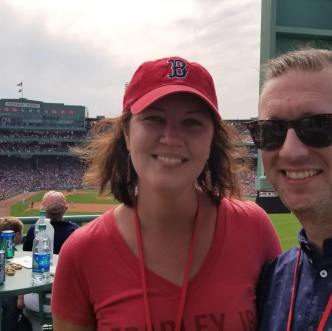