I have been being slack in my blog posts and I promise to do better in Lent. Below is a post I wrote on the Winthrop Wesley blog (wuwesley.wordpress.com) that I am posting here as well because in the days to come I may need some accountability as I am led by the Holy Spirit of what this 40 days of wilderness will be.

Our text at this past week’s worship service was James 1:19-27 which is a familiar part of James. Verse 22 says, “But be doers of the word, and not merely hearers who deceive themselves.”

It’s a passage that is lifted up in a lot of Protestant congregations and we looked at it in particular leading up to today, Ash Wednesday.

Last week I had the honor and joy to speak at a conference for young adults in ministry. Relevance LEAD was a great time of talking with other pastors and lay people in ministry that were my age, to dream about the possibilities and life of the church, and to share in friendship, community building and collegiality. It was a special time. And something completely different than a typical conference as the speakers were part of the conference just like everyone else and we all have a vested interest in sharing these ideas and musings.

I liked that it was set up to dream big dreams and engage but there was another part of me that kept itching for the nuts and bolts, what would happen when the rubber hits the road. Each person was wrestling with similar things and were living out their faith and that of their community in mighty ways, but it still begged the question of what this means for our greater church. I felt a bit like James – let’s not just talk about this and know that we all feel in similar ways, but let’s do it.

It’s all well and good to talk the big talk, but if we go back home from this conference and it doesn’t change how we think or how we do things, if we don’t take away friendships that will continue as we journey together, if we don’t actually begin the first steps of these big dreams – what’s the point? It’s good to know that you’re not alone, but if we stay completely in the theoretical, than it can sometimes just be hot air and words.

Just like this Lenten season. I’ve heard students buzzing about what they’re giving up for Lent and that seems like the big question of the next couple of days. I admit, I didn’t grow up with a huge emphasis on giving things up or adding things to my life and I didn’t really do it until college. One of those years I gave up popcorn, which was my current obsession. The next year, I gave up M&M Mcflurries. Now that was all well and good and I think I could rationalize them as a step to be healthy but even that would be a stretch with all of the rest of the junk I eat.

You see, it’s not just about what we give up or add – it’s about whether those things draw us closer to God. Several of our students have talked about giving up facebook. One is giving up three hours a day with her phone – not just class time or when she’s asleep, but three hours where she won’t be checking it all the time. She plans on this being time where she can draw closer to God. Another student has covenanted to intentionally pray three times a day for the season of Lent. If you’re just giving up chocolate or ice cream or coffee for the heck of it and it’s not something that’s drawing you closer to God – what’s the point? I get the idea of sacrifice but I also think if we just do the sacrifice and we’re not adding things like reading scripture, doing a daily devotion, writing down things that we’re thankful for, renewing an old friendship, sending words of encouragement to friends, or walking in the outdoors with God in nature – than we’re fooling ourselves into thinking that we have this thing covered. It’s not about choosing something so that if someone asks us about it – we can give a ready made answer, but choosing something because we have invited the Holy Spirit into our lives and have opened ourselves to see the areas that we might need to work on.

One of the students Monday night after worship described it as a giant Pinterest board where you’ve “pinned” all these different things and they look nice and easy and like things that you would like to do “one day,” but you never actually get around to doing them. James is saying – do it now. Lent is calling us forth to realizing that yes we are dust and to dust we will return, but in the meantime let us draw close to God and walk this road.

My brother Josh is doing a Lenten series called “Holy Walkabout” and I love the idea of Lent being this special time where we’re walking with God into the wilderness. We don’t always know what we’re going to discover or the ways that God will reveal God’s self. We don’t always know what areas we need to work on in our lives because I don’t know about you, but I’m a pretty good rationalizer. I would say that I’m exceptional when it comes to finding ways to eat junk food. It defeats the purpose of Lent for me to negotiate back and forth if this counts or if that counts. Because when we open ourselves to the Spirit’s leading and we actually go all in with this thing, we realize that it’s not just about us or having something to say when people ask, but it’s about wanting to be part of this larger story of God’s love and grace for us and how we can best live that out so that the world may know God.

So are you going to keep pinning the things that you want to do on a giant to do list to do eventually or you going to actually start chipping away at some of these possibilities right now?

God’s not going to hand out gold stars for those that participate and unsmiley faces for those that don’t. It’s not about that. But it is about deepening that relationship and trusting that real change, habitual change can take place in 40 days. 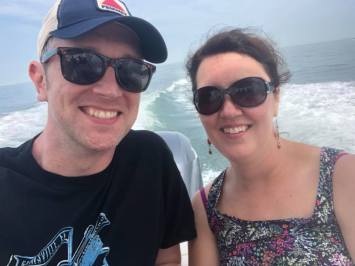 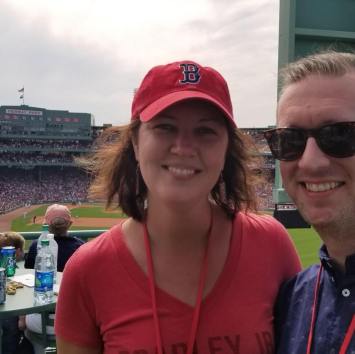 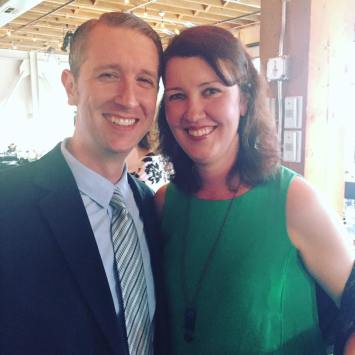 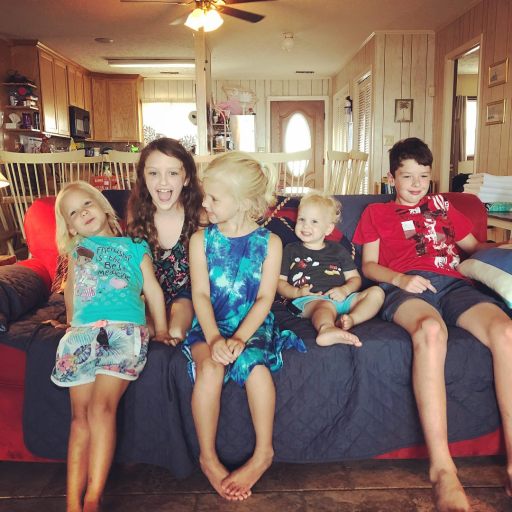 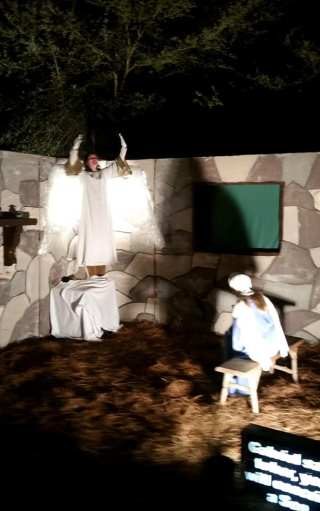 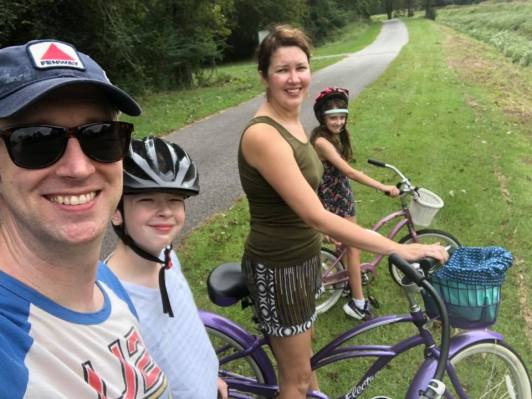 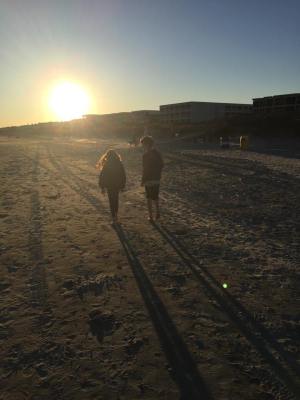 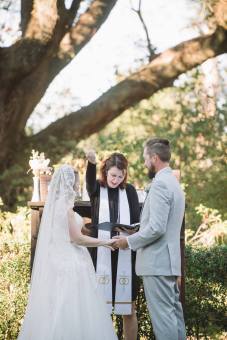 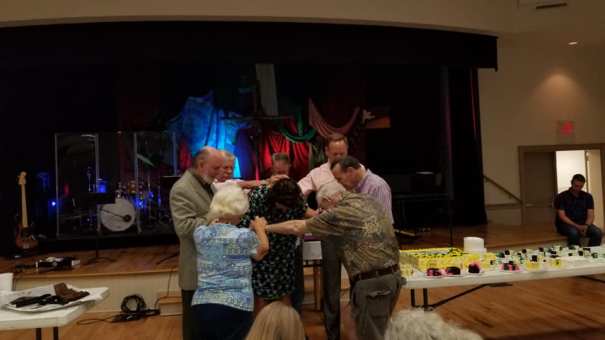 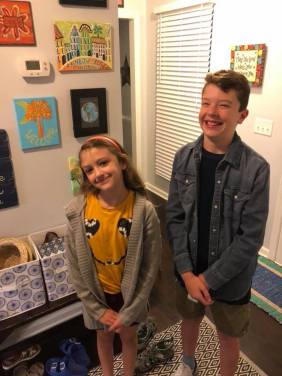 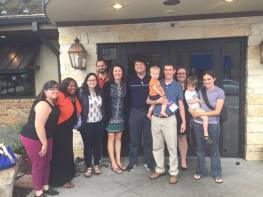 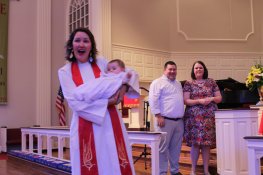 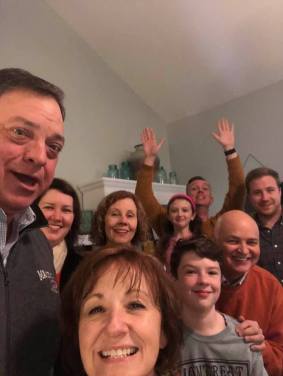 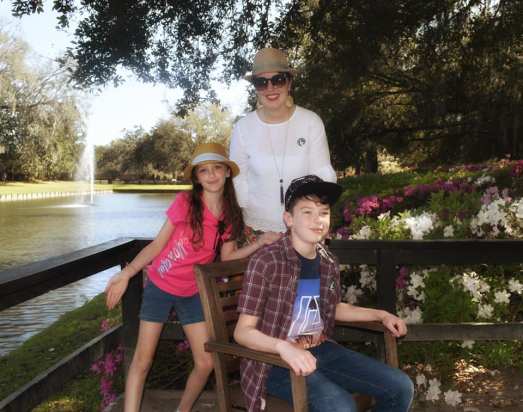 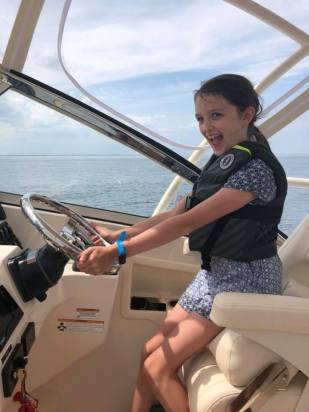 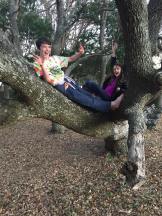 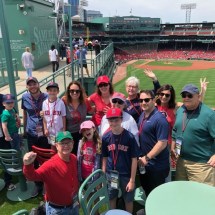 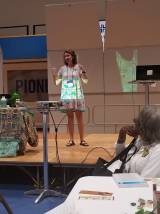 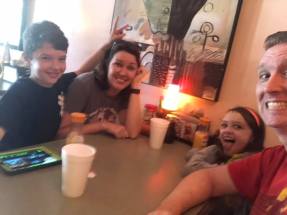