Maybe I built this up too much in my mind, but I really, really, really was looking forward to the Yoda chapter in Len Sweet’s book 11 indispensable relationships you can’t live without.  To say I was disappointed when Sweet only talked about Yoda for a paragraph is an understatement.  Yoda ihe says is a mentor, a guru, a coach, a spiritual teacher/director.  I was discussing this in the College Room and Carly mentioned she had no idea who Yoda is so I should not assume that everyone has watched Star Wars even once, forget watching it incessantly.  Enoch, my 6 year old, got both trilogies for Christmas, so I’ve watched them REPEATEDLY.  He even watches the offshoots from Lego Star Wars to the Yoda Chronicles.

I love that clip.  Because Yoda doesn’t let Luke get away with anything.  And yet he clearly cares about him.  R2D2 is clearly the encourager from last week’s chapter.  The Master is showing the Apprentice how it’s done.  Seeing is believing.  Yoda says, “Always two there are, no less:  a master and an apprentice.”  A master pushes us to help us navigate the way that seems unattainable.  A master can help us move to new levels of perception and experience.  A master KNOWS us.  Our limits.  Our strengths.  A trusted master knows when to push or prod or ask the right question.

Disney movies have rich and meaningful mentor characters.  The emperor from Mulan, Phil from Hercules, Grandmother Willow from Pocahontas, Sebastian from The Little Mermaid, Jiminy Cricket from Pinocchio, Merida’s mom in Brave.  They clearly provide the morale compass of the story or the wise sage.  Their all over pop culture as well.  Morpheus to Neo in The Matrix, Mr. Miagi in the Karate Kid, Mother Superior in The Sound of Music….

Mentors often can give a reluctant protagonist a necessary push to get the plot rolling.  Mentors also often personify the moral of the story in the protagonist’s story.  They offer the inspiration to the protagonist to keep going when they would rather give up.  They’re often the voice inside your head urging you on.  Urging you forward.

Sweet actually titles this chapter, “Who’s Your Peter/Paul? You Need a Yoda.”  So I’m going to read to you snapshots of each.  Peter was the one that constantly stuck his foot in his mouth.  He was a fisherman.  He was with Jesus at the Transfiguration, the glow in the dark Jesus, where Jesus’ divinity is on full display.  He was the one that walked on water with Jesus (before sinking).  He was the one who denied Jesus three times.  He’s the one Jesus said he would build his church upon, because Peter means rock.  He was also the one who tore it up in Acts, proving that he was a changed man, preaching at Pentecost.

3 One day Peter and John were going up to the temple at the hour of prayer, at three o’clock in the afternoon. 2 And a man lame from birth was being carried in. People would lay him daily at the gate of the temple called the Beautiful Gate so that he could ask for alms from those entering the temple. 3 When he saw Peter and John about to go into the temple, he asked them for alms. 4 Peter looked intently at him, as did John, and said, “Look at us.” 5 And he fixed his attention on them, expecting to receive something from them. 6 But Peter said, “I have no silver or gold, but what I have I give you; in the name of Jesus Christ of Nazareth, stand up and walk.” 7 And he took him by the right hand and raised him up; and immediately his feet and ankles were made strong. 8 Jumping up, he stood and began to walk, and he entered the temple with them, walking and leaping and praising God. 9 All the people saw him walking and praising God, 10 and they recognized him as the one who used to sit and ask for alms at the Beautiful Gate of the temple; and they were filled with wonder and amazement at what had happened to him.

Let that simmer for a second before we launch into Paul.

Paul was the one who persecuted Christians.  He was the chief persecutor of Christians.  And he had an experience on Damascus Road with the Living God.  He then presented himself to the early Christians and thinking he was going to violently persecute them, they fled.  14 of the 27 books of the New Testament are attributed to him so to say he was a prolific writer is an understatement.

25 About midnight Paul and Silas were praying and singing hymns to God, and the prisoners were listening to them.26 Suddenly there was an earthquake, so violent that the foundations of the prison were shaken; and immediately all the doors were opened and everyone’s chains were unfastened. 27 When the jailer woke up and saw the prison doors wide open, he drew his sword and was about to kill himself, since he supposed that the prisoners had escaped. 28 But Paul shouted in a loud voice, “Do not harm yourself, for we are all here.” 29 The jailer[a] called for lights, and rushing in, he fell down trembling before Paul and Silas. 30 Then he brought them outside and said, “Sirs, what must I do to be saved?” 31 They answered, “Believe on the Lord Jesus, and you will be saved, you and your household.” 32 They spoke the word of the Lord[b] to him and to all who were in his house. 33 At the same hour of the night he took them and washed their wounds; then he and his entire family were baptized without delay. 34 He brought them up into the house and set food before them; and he and his entire household rejoiced that he had become a believer in God.

Acts was nuts!  There were all sorts of things going on.  That’s why you hear people model their churches on Acts.  I don’t entirely agree with Sweet’s simplified explanation of the difference between Peter and Paul.  He says Peter was intellectually and culturally slow, but interpersonally was quick and rich, he was a hands on person when it came to relationships, it took him a while to realize the gospel was for everyone, he had a relational point of view.  In contrast he says Paul was intellectually and culturally quick but interpersonally slow, he was hands off, not relational, Paul understood early on that the gospel was for all, he argumentative point of view.

I would like the opportunity to be mentored by either one!  They were obviously men of God who had much to teach, and they had obviously experienced a conversion experience.  Neither Peter nor Paul was afraid of a fight – but a mentor can tell you which battles are worth fighting and which ones aren’t – a lesson that both Peter and Paul had to learn.

You will be mentored by lots and lots of people in your life.  I hope you will be.  I pray that you will be.  Because one having a mentor, means that we do not have it all figured out.  You remember when Luke says to Yoda “he can’t do it” and Yoda shows him he can if he just believes….You can’t be cynical or jaded for long around a Yoda.

Sir Isaac Newton said, “IF I have seen further, it is by standing on the shoulders of giants.”

Those are all good questions as we find our Yodas.

We must choose our Yodas carefully.  Sweet writes, “There are as many kinds of ‘Yodas’ as there are heads, minds, and hearts! – don’t hitch your wagon to any single star or listen to any voice that seems to attract a following.”  So be discerning in who you choose.  Do you see Christ in him or her?  Mentors come in all different shapes and sizes, some for only a season and some for a lifetime.  We may not even know our spiritual mentors.  Do you have a favorite author who’s dramatically shaped your life?  Whose books you pick up at just the right time and they challenge you long after you finish reading them.  Rob Bell.  Dietrich Bonhoeffer.  Teresa of Avila.  Brennan Manning.  Donald Miller.  Elisabeth Elliott.  Hannah Hurdard.  Bob Goff.  And countless others.  It’s like a continued conversation when you find an author that engages you.

Sweet says we must choose our Yodas based on these three things:  Humility, Honesty and Honor.

Humility.  Peter objects to Jesus’ washing the disciples of feet.  In John 13:7 Jesus challenges Peter back, “You do not realize now what I’m doing, but later you will understand.”  The Great God of the universe humbled himself because he wanted to get in the disciples heads and make clear to his followers that you must serve.  The Master wants to study WITH you, not demand you to study UNDER them.  A true Yoda sees themselves as constantly learning.  As Sweet says “An ideal Yoda is a One-who-knows … but a One-who-knows he/she doesn’t know it all.”

Honesty.  The best Yodas will be honest enough to share their secrets with you.  But they will be honest enough to tell you the truth, even to rebuke you, especially when you settle for easy answers.  The best mentors let you see behind the curtain to the man underneath – a la the Wizard of Oz.  They let you see through to their vulnerability.  Their weakness.  It’s not a façade.  I appreciate people who are “real,” “authentic,” and don’t have it all figured out.  Even the Yodas second guess themselves.  But they push you out of that same second guessing….towards the light.  Because that’s innately who they are.

Honor.  To be blessed by and to bless a mentor are two of life’s richest blessings.  A Yoda wants to mentor people who will honor them by demonstrating both a love of originality and a love of conformity.  So you being you, is all the thanks they need.  That they had influence on your life is all the thanks they need.  That they see their legacy in YOU is all the thanks they need.  Yodas love questions.  I’m reminded of a seminary professor, Dr. Thomas Thangaraj, who asked all the right questions.  He was from India so he even sounded very much like Yoda.  I had the pleasure of being in his Contextual Education class and taking his Images of Christ class.  And I had the nerves-inducing opportunity to preach in front of him in Chapel upon several occasions because he attended University Worship at Emory.  He would find the one question we hadn’t thought of or engaged in.  He was not afraid to answer our questions either.  Like Yoda, he often answered a question by asking another question.  He modeled the give and take between Master and Apprentice unlike any other.

Throughout this chapter I was writing in the margins the names of my mentors.  My parents.  Bridgette.  Susan.  Risher.  Sara.  Ms. Rhodes.  A mentor’s function, according to Sweet, “is to guide and guard us into a living, dynamic relationship with God, to help us grow in grace and in the knowledge of our Lord Jesus Christ, and to help us live in a daily relationship with the divine.”  With that definition, who are your mentors, your Yodas, your guides? Have you thanked them for shaping you in big and small ways?  I encourage you during this week to thank your Yodas.  Also, to whom are you a yoda, mentor, or guide?  To whom are you going to pass the baton?  Or leave your legacy? 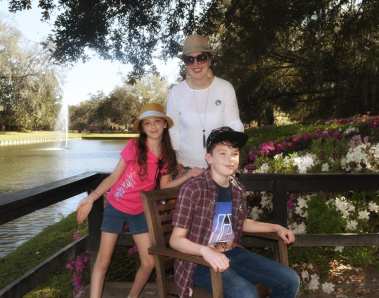 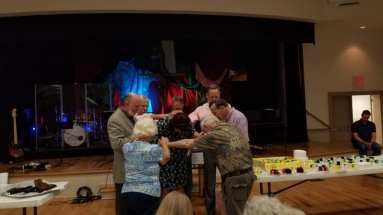 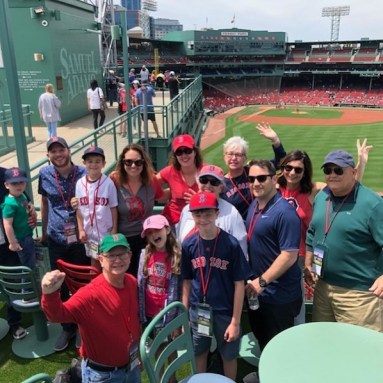 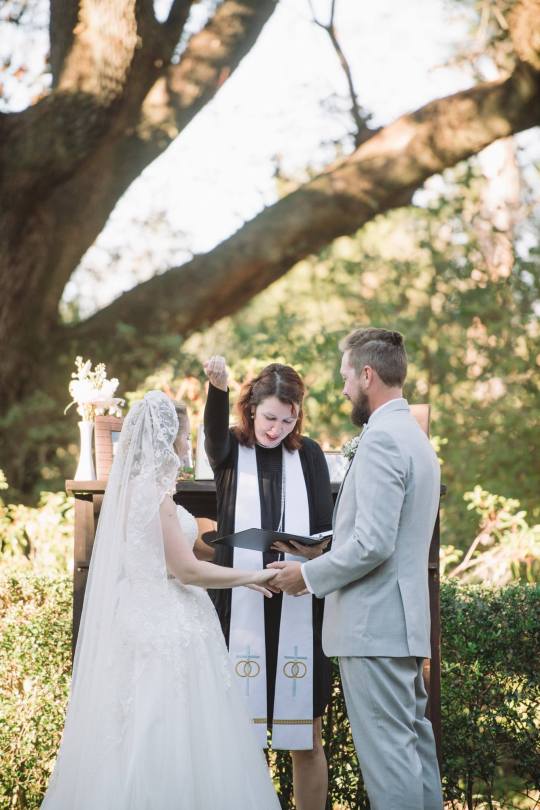 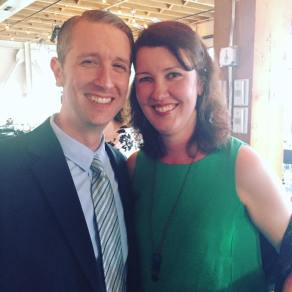